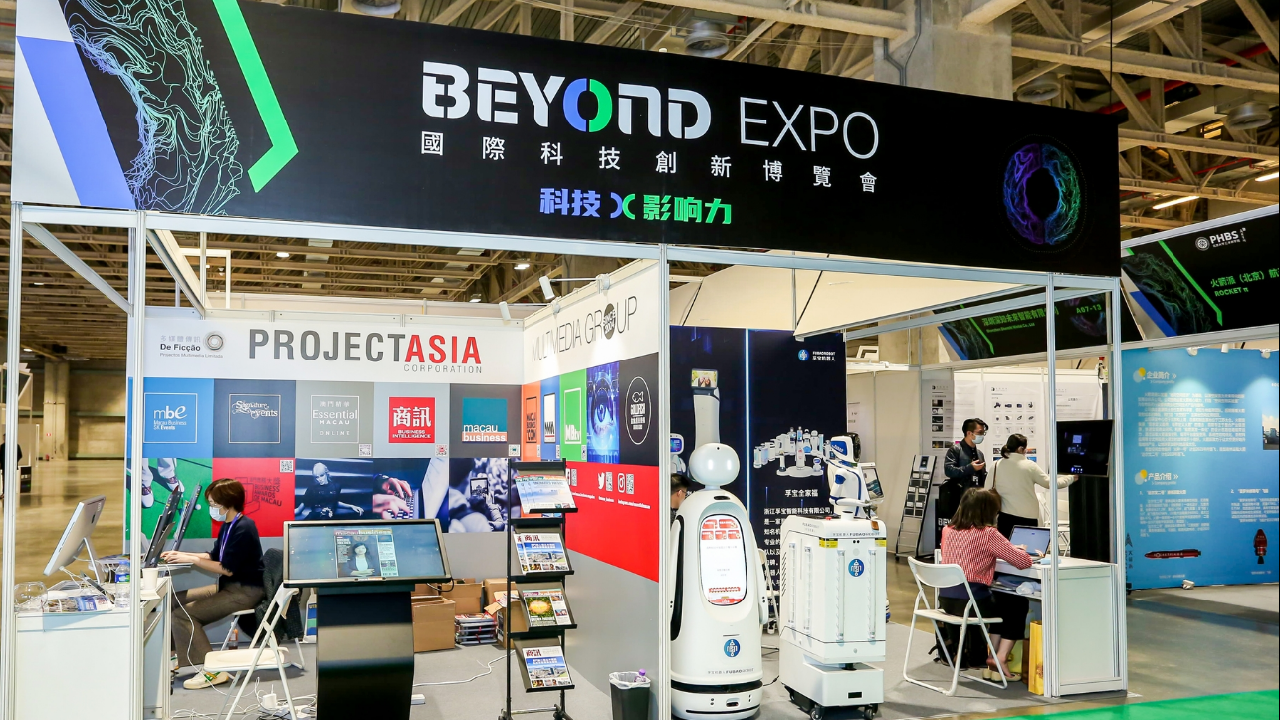 Beyond Expo: Macao eyes high techs to turn into a smart city
Macao, the city famous for its casinos, is eyeing frontier technologies such as 5G, artificial intelligence (AI) and cloud computing to digitalize its various industries and transform itself into a smart city.

Around 300 multinational corporations, unicorn companies and start-ups, including Chinese tech giants like Tencent and Huawei, gathered in the city for the first BEYOND International Technology Innovation Expo held from Thursday to Saturday. The latest tech products and solutions have been showcased and cooperation agreements were signed during the event.

At the booth of Tencent, the company showcased how its smart apps can help make government services and businesses more efficient.

For example, the Macao Water Supply Company Ltd. has joined hands with Tencent, using the latter’s WeCom app to build a smart system that connects the company’s over 270 employees across Macao with its four water plants and a network of water pipes over 700 km long in total.

The system enables the water authority to respond faster to consumer requests and helps streamline the overall workflow.

SenseTime said it opened a Macao office to showcase its commitment to the city, South China Morning Post reported.

MTC also unveiled the Cloud Network Convergence development blueprint of “Digital Macao” for the development of smart transportation in the city.

Other high techs exhibited at the expo

Wang Xiaoguang, vice president of the China State Construction International Holdings Ltd., said the company hoped to share its achievements in architectural science and technology accumulated over the four decades of operations in Macao, including frontier technologies of tunnel construction applied to the Hong Kong-Zhuhai-Macao Bridge, the world’s longest cross-sea bridge.

The company said its latest building technologies and products exhibited in the expo all comply with China’s overarching targets to achieve carbon peak by 2030 and carbon neutrality by 2060.
Read More
news.cgtn.com

Connectivity: The fundamental ingredient of a successful smart city