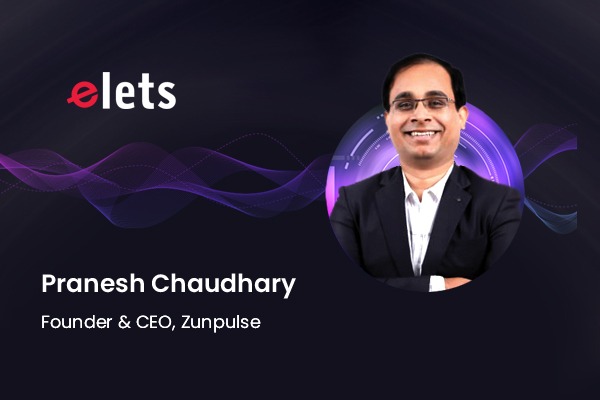 5 Things You Need to Know In 2022 About Smart Cities and IoT
The inevitability of data collection is swiftly transforming the way we live. It has already nudged us towards building the intricate and yet fulfilling concept of smart cities, thanks to the penetrating reach of IoT (internet of things) solutions in our day-to-day lives. In 2022, we are heading towards the common goal to set up technologically driven cities by using voice activation methods and sensors. It goes without saying that futuristic smart cities would be extra efficient in more ways than one, as these cities mostly operate by collecting and analyzing data, writes Pranesh Chaudhary, Founder & CEO, Zunpulse. Let us skim through the following extraordinary advantages that can be availed by building smart cities.

1. Judicious Use of Resources:

One of the most important aspects of using IoT in setting up smart cities is the sustainable use of natural resources by the citizens and the governments. In 2022, when the world is witnessing a rapid rise in pollution levels with severe consequences, it wouldn’t be wrong to say that approaching IoT based technology leading up to smart cities would surely give us a redeeming chance to reduce carbon footprints for a better environment.

Smart cities would surely be imagined with a transportation system devoid of any kind of pollution. Although, even as we are still realising the aim to set up smart cities, we can come across a few examples of smart transportation in our day-to-day lives. In order to make the city operations more efficient with the help of IoT-based technologies in the applications toll and ticketing, traffic management, and more. Apart from this, IoT based technologies also help in the real-time tracking of vehicles among other things. In 2022, this ever-transforming space of smart transportation needs to be explored more to get into its depths.

There is always more to smart cities than just making life easier for the people. Another primary vision that comes with smart cities is using energy efficiently for a better future. As years go by, the conversation around solar energy has surely found momentum and that’s also one of the ideal ways to use the energy effectively. Not just that, with the introduction of IoT based technology we can enable energy conservation as well.

Smart cities demand effective ways to monitor the areas that need more attention. With the use of IoT based CCTV cameras, any kind of incident on the streets can be reported in a blink of an eye. Additionally, smart cities can use sensors to predict impending storms or cyclones. There is so much that can be done when it comes to the amalgamation of smart cities and IoT based solutions.

This would undoubtedly be the most intriguing feature of smart cities. Citizens can make full use of the IoT-based set-up to give feedback to their local governments. The methods would surely be instantaneous and more effective. It would also give authorities a chance to be informed about the problems faced by people in their day-to-day lives.

As we are becoming acquainted with IoT-based technology, the fervent aim to build smart cities has never been more clear. In 2022, we need to centre our conversations around the features that smart cities can extend with the help of IoT-induced technology. As we go deeper into the subject, we would be able to grasp the significance of smart cities in economic growth along with better living standards for the citizens.
Read More
smartcity.eletsonline.com

Connectivity: The fundamental ingredient of a successful smart city