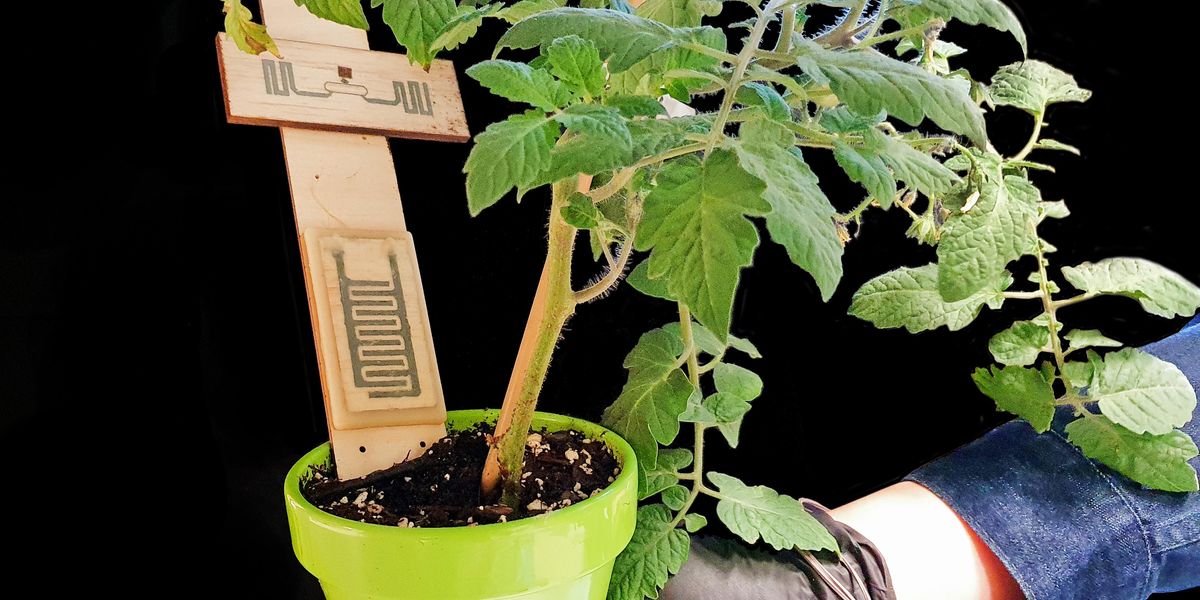 Cheap Sensors for Smarter Farmers
Demonstrating that we are truly living in an era of “smart agriculture,” many of the technologies showcased in this year’s ARPA-E Summit were in the farming sector—most notably, sensors for crops and farmlands. Just like the smart devices that enable us to monitor our health every minute of the day, these agricultural sensors allow farmers to monitor plant and soil conditions close to real-time. Here are two that caught this writer’s eyes.

First up is a 3D-printed, biodegradable soil sensor that checks moisture and nitrogen levels. One of the benefits of using print electronics is being able to mass-produce at a low cost, says Gregory Whiting at the University of Colorado, Boulder, one of the principal investigators of the team working on the sensors. “Agriculture is a pretty cost constrained industry,” Whiting says, and 3D-printed sensors allow farmers to place many sensors throughout their large farmlands—often hundreds of acres—without spending a ton of money.

And this enables the farmers to monitor soil conditions in greater detail, Whiting says. Depending on factors such as how the sun hits the ground, the amount of water or the fertilizer needed could vary patch by patch. Traditional sensors were too expensive for the farmers to buy in large quantities, and, as a result, the special resolution wasn’t high enough to reflect this variability. With the new, cheap sensors, farmers will be able to collect data on their farms without worrying about the variability.

One problem with mass-producing sensors, however, is that it creates a lot of waste. That’s why Whiting and his colleagues decided on using biodegradable materials, ­­such as zinc and wood. But this solution also posed a challenge: What if the sensor degrades before the job is done?
Read More
spectrum.ieee.org

Internet of Things Goes to Space with Small Satellite Sensors