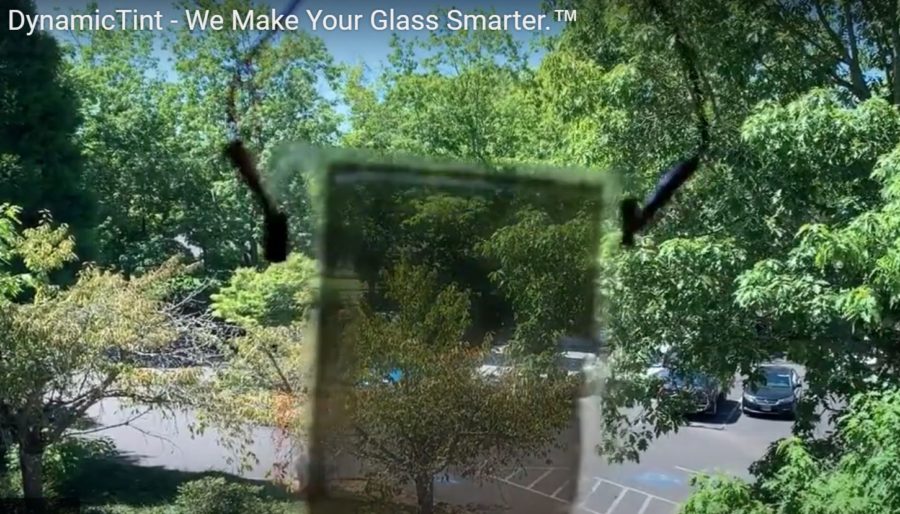 Crown Electrokinetics: Smart Windows Become Real | Internet News
Smart Windows have a lot of promise. Eventually, these windows may be able to both block out light, increase privacy, and showcase scenes from other locations, giving you fantastic views from any place in the world regardless of where you are.

Initially, they worked as virtual blinds, but initial efforts only worked in new installations, not retrofit, and were just too expensive for both the glass and the wiring needed for the windows to be cost-effective. They didn’t darken, only went from transparent to opaque. People wanted to see out of their windows, so this early technology wasn’t ideal for a building solution even if cost weren’t a significant issue.

Well, Crown Electrokinetics has come up with a retrofit design that should be not only relatively inexpensive, but have a unique secondary benefit of sound elimination and the possibility of localized privacy screens.

Smart Window Development
Smart Windows have been used creatively in places like bathrooms and conference rooms for some time. They tend to be opaque when they are supplied with power and clear when unpowered. They typically work using liquid crystal technology, like what is used in TVs, with two modes. There is development going on for Smart Glass windows that can be turned into TV screens and potentially show views from any place in the world, but I expect that the technology’s cost will be restrictive for at least a decade. This last type would potentially improve the value of homes and hotels placed where the views are anything but great.

Right now, we are primarily working with binary Smart Windows. While we’ve been installing them for well over a decade, they are still more of an expensive curiosity than an affordable alternative to drapes.
Read More
www.internetnews.com