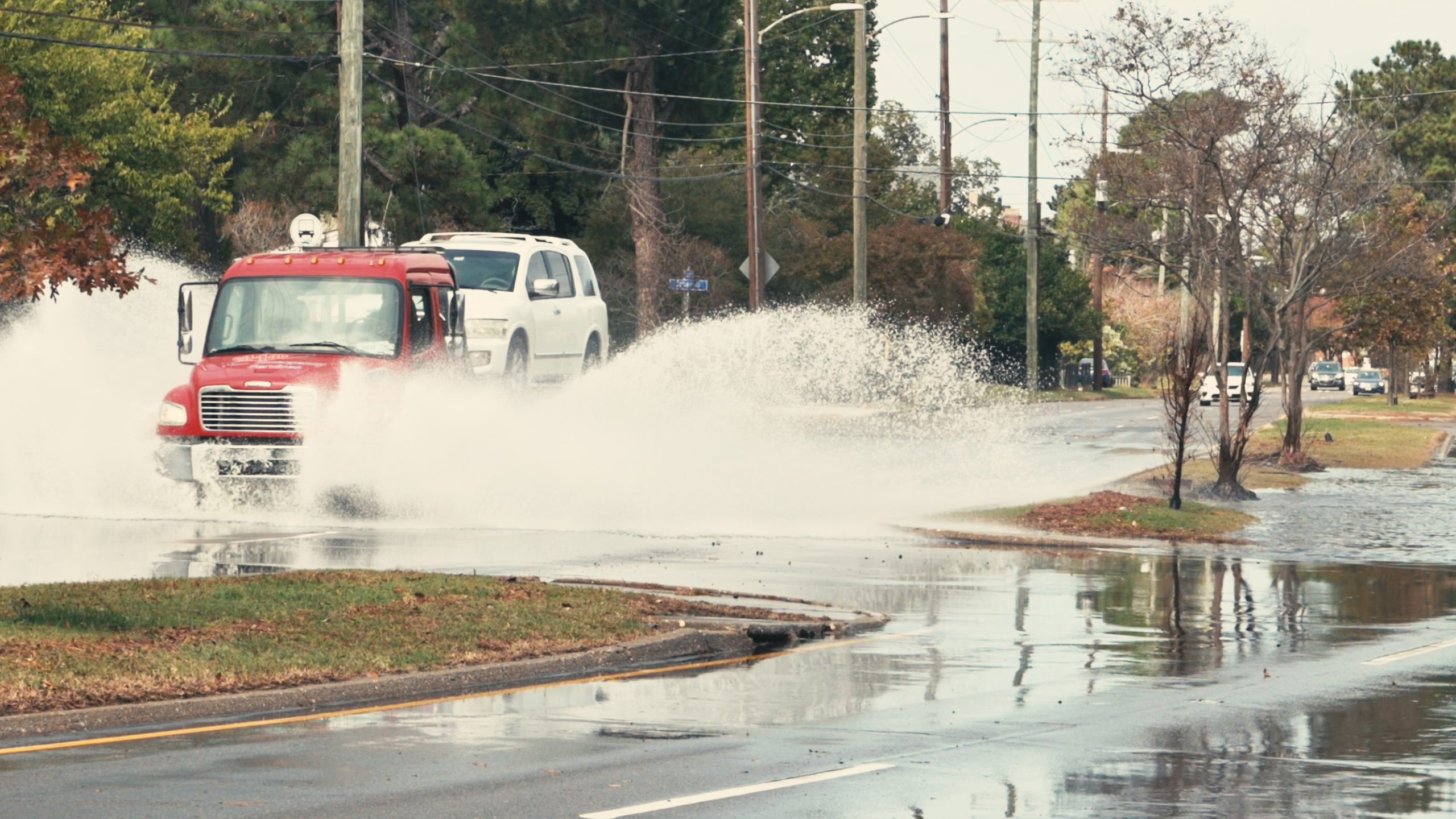 Hampton Roads Test Flood Sensors | Chesapeake Bay Magazine
Roadways in southeast Virginia are prone to flooding. Some areas flood during heavy rains, and some are swamped by higher than normal tides. Flooded roads ruin cars and snarl traffic. For commuters who want to avoid the water on the road, a new program will soon provide real-time street flooding information on a popular traffic app.

The Hampton Roads Planning District Commission (HRPDC) received most of the $220,000 project price tag from Office of Economic Adjustment (OEA) within the Department of Defense. OEA grants funds to communities in order to support readiness and logistics at military bases. With all of the military installations in Hampton Roads, it makes sense for the military and their personnel to be able to avoid flooded roadways, especially during emergencies.

According to Whitney Katchmark, Principal Water Resources Engineer at HRPDC, “Our staff identified over 200 flood-prone areas in southeast Virginia. We will be testing two types of sensors at about 20 of those locations. If the test goes well, we will seek funding to expand the sensor locations.”

The project involves placing the sensors along the roads. Each sensor will be linked to a computer system through the cellular network. When a sensor detects water on the road, that information will posted live on the Waze app. Waze is a crowd-sourced real-time traffic app the posts real time traffic patterns and delays and even speed traps.

There will be two types of sensors. One is mounted next to the road, perhaps on a signpost, and uses radar to check for water on the road. It can sense water depth up to 10 feet away from the sensor. The other type uses a small transducer that measures water depth by pressure once the transducer becomes submerged in a flooding event. Both are battery-powered and small. You probably won’t notice them unless you know where to look.

Each sensor should be able to operate for several years by battery power. They will not be solar powered because solar panels attract thieves and the battery system has proven reliable.

Data collected by the sensors will also be made available to governments and organizations so it can be used to compare actual flooding with predicted flooding, thus improving the ability of agencies such as the National Weather Service to predict flooding events.

Norfolk residents know that Hampton Boulevard floods by the Larchmont Branch Library every time there is a strong northeast wind. That road carries a lot of traffic to and from Naval Station Norfolk every day. “We will have two sensors on Hampton Boulevard,” said Katchmark. Test sensors will also be placed on other flood-prone roads such as Battlefield Boulevard and Cedar Roads in Chesapeake, Poquoson Avenue in Poquoson, and Sandbridge Road in Virginia Beach.

The program should be online and visible in the waze app within the next few months.
Read More
chesapeakebaymagazine.com