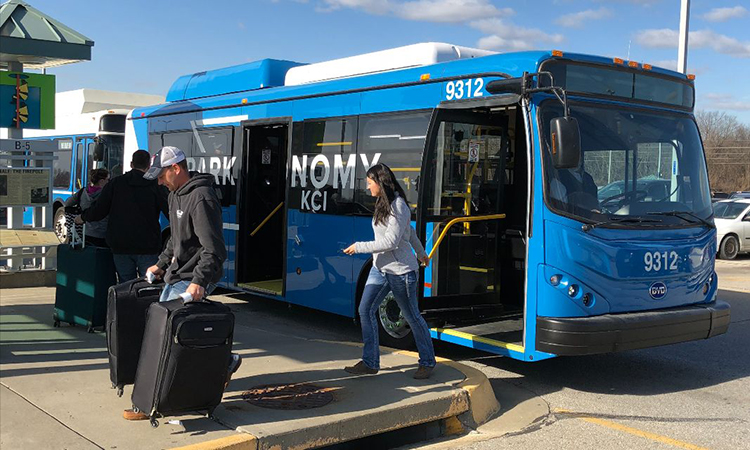 As part of the $1.5 billion Kansas City International Airport (KCI) New Terminal project, the Kansas City Aviation Department has announced that it is investing in the first wireless vehicle charging system installed at a U.S. airport.

The Aviation Department will use this technology to extend the range of its electric buses without installing an above-ground charging station or taking buses out of service for charging. Momentum Dynamics will provide the charging solution, which will be in place when the New Terminal opens in 2023.

“We are designing and building a modern New Terminal, and we want to make sure that its support infrastructure does not detract from the design,” said KCI’s Acting Fleet Manager, Aaron Kaden. “Inductive charging was not only an efficient solution in terms of monetary outlay and ongoing costs, but was the only system we found that can deliver energy without the traditional plug-in infrastructure.”

Join our LIVE webinar on 20 January at 13:00 GMT on ‘How Oxfordshire council improved design and public engagement using Remix Streets’

Kansas City Airport has long been at the leading edge of environmental innovation. In the mid-1990s, the City of Kansas City, Missouri, Aviation Department was an early adopter of Compressed Natural Gas technology when it incorporated CNG vehicles into its shuttle bus fleet, complete with a fueling station. In 2017, the Aviation Department was the first U.S. airport operator to use all electric buses when it added four to its fleet and three more in 2020.

The inductive system will provide incremental charging to the existing KCI Economy Parking electric shuttle buses, thus keeping the buses in service longer along the seven-mile loop. The system will be supported by two 300 kilowatt (kW) wireless chargers located at shuttle bus stops at the New Terminal. While awaiting passengers, the electric buses will park over the charging pads and will automatically receive incremental charging. Charging takes place while passengers are loading and unloading, and each session ends when the bus leaves the pad.

BECOME A MEMBER TODAY (IT’S FREE)
Join thousands of industry professionals and claim your FREE membership, giving you access to:

Intelligent transportation is in fast lane