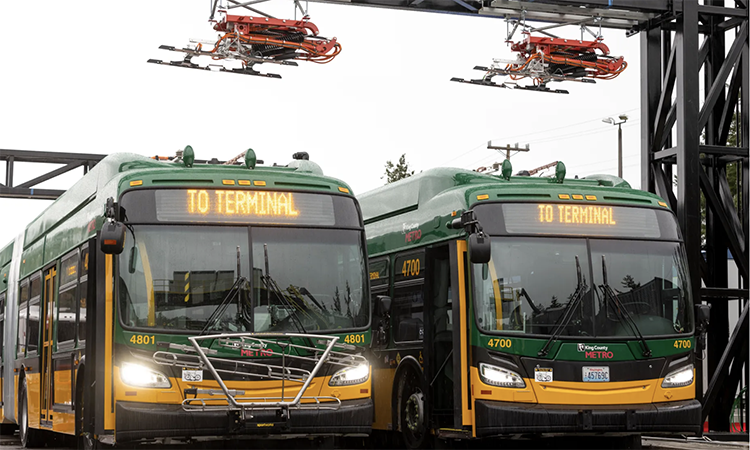 King County Metro (Metro) has marked a major milestone toward making its bus fleet cleaner and greener, after announcing that it has awarded a $40 million contract for the design and build of the electrification infrastructure needed to charge and operate up to 120 battery-electric buses.

The Interim Base Electrification Project is estimated to cost a total of $67 million and is located just south of Metro’s current South Base facility in Tukwila. Metro recently built prefabricated buildings on its 543,900ft2 site with the intent of operating up to 120 battery-electric buses to serve riders in South King County.

Walsh-Stantec Progressive Design-Build Team was selected based on its combined score for its bid and proposal to achieve project goals. Design work is scheduled from December 2021 through to May 2023, and construction is scheduled to start in 2022 and be completed in 2025.
Read More
www.intelligenttransport.com

Expo 2020 Dubai: How RTA will prevent traffic jams around the site