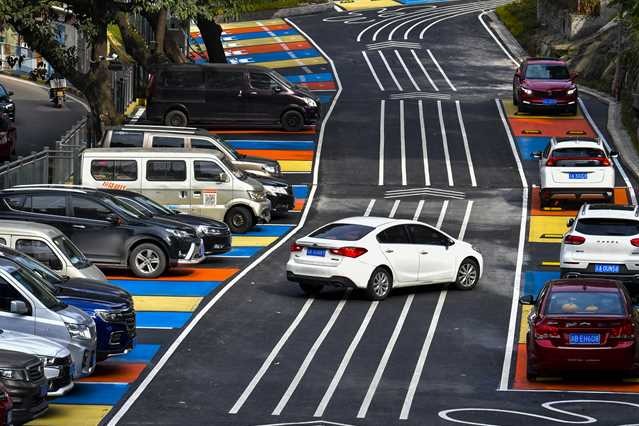 Based on the frequency and times spent looking for parking lots the report found that the most crowded destinations are popular hospitals, tourist attractions, bus stations, schools and business centers.

The First Affiliated Hospital, Zhejiang University School of Medicine tops the list of destinations with the biggest difficulty to find a parking lot. The Beijing Museum of Natural History, the China Science and Technology Museum, and the Affiliated Hospital of Qingdao University rank second to fourth, respectively.

The report said most of the top 10 parking lots that see the biggest traffic volume are mainly located in Shanghai, Hangzhou, Wuhan and Guangdong. The P9 parking lot at Shanghai Hongqiao Railway Station takes the first spot.

Guangzhou tops the list with parking prices of 26 yuan per hour, followed by 20 yuan in Shanghai, Shenzhen and Nanjing, and 12 yuan in Hangzhou, according to the report.

As China’s car ownership continues to surge, with the figure exceeding 300 million by the end of 2021, the demand for parking has increased, making it harder than before to find a parking lot, the report said.

Statistics from the Ministry of Public Security showed that Beijing had over 6 million cars by September 2021, and Chengdu and Chongqing both saw car ownership exceed 5 million units.

Yang Xiaoguang, director of the Intelligent Transportation System research center in Tongji University, said the construction and management of parking system should be enhanced on the one hand, and the utilization efficiency of parking resources improved on the other hand.

“Digitization is the core technology of intelligent transportation, which should play a positive role (in solving the parking difficulty),” said Li Meng, the special researcher at the Transport Research Institute at Tsinghua University.
Read More
global.chinadaily.com.cn