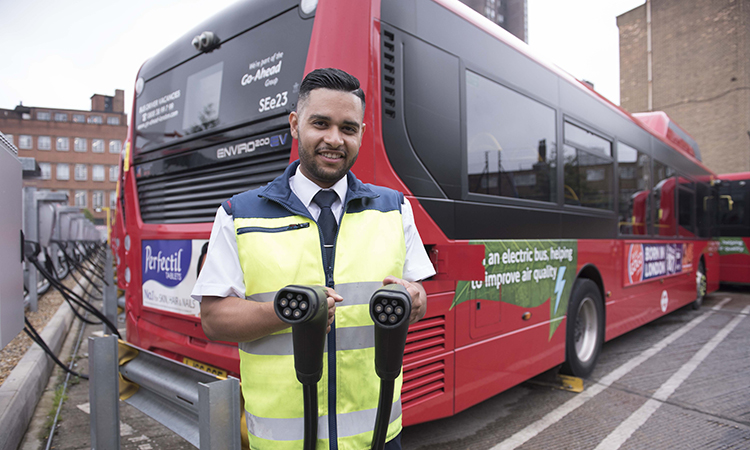 Go-Ahead Group awarded for carbon cutting initiatives
For the second year in a row, the Carbon Disclosure Project has awarded Go-Ahead with an ‘A minus’ rating for reducing carbon emissions.
Read More
www.intelligenttransport.com

For the second year in a row, the Carbon Disclosure Project has awarded Go-Ahead with an ‘A minus’ rating for reducing carbon emissions, the highest score of any UK public transport company.

The Go-Ahead Group has announced that it has received an ‘A minus’ rating from the Carbon Disclosure Project (CDP) – an expert group that reviewed more than 13,000 companies worldwide for its 2021 rankings – for the second year in a row. This is the highest score of any UK public transport company.

Go-Ahead was the pioneer of ‘geo-fenced’ technology in Brighton, with buses that operate in zero-emission mode in the city’s clean air zone, and ‘air filtering’ buses in Southampton. It has also ordered 20 hydrogen-fuelled buses that will come into service in Summer 2022.

The company also saw a five per cent improvement in Govia Thameslink Railway’s (GTR’s) electric fleet efficiency in 2019/2020, and is committed to improving carbon efficiencies in its rail fleets in the UK, Germany and Norway.

“Public transport is part of the solution for fighting climate change and poor air quality. We therefore need to ensure that we’re doing everything that we can to provide green, clean services for our passengers. Our ‘A minus’ rating shows that there’s still more that we can, and plan, to do to fight climate change, but we’re well on our way,” said Go-Ahead’s Commercial and Customer Director, Mark Anderson.