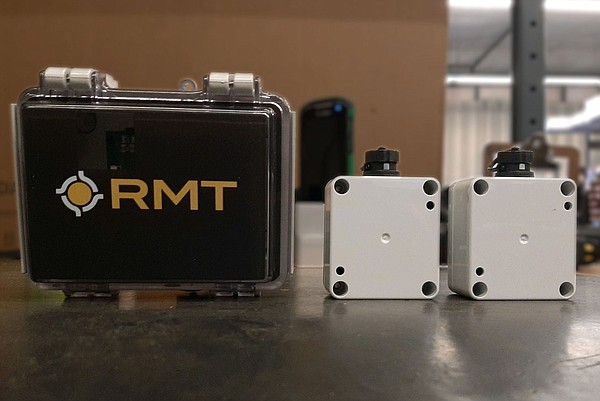 WATCH: City adopts data-driven approach to road maintenance
The fate of the 0.625%, countywide sales tax currently securing $54.7 million in road bonds will be decided Feb. 8, when voters go to the polls for the special election to reauthorize the levy through June 2027.
Read More
www.hotsr.com

The fate of the 0.625%, countywide sales tax currently securing $54.7 million in road bonds will be decided Feb. 8, when voters go to the polls for the special election to reauthorize the levy through June 2027.

The $70 million the reauthorization is projected to generate over five years will go toward repair and replacement of existing roads and bridges, according to the ballot title voters will see when early voting starts Tuesday.

The For Our Roads Now Committee that’s promoting the sales tax proposal has said the proceeds would support the 1,000 miles of roads and more than 100 bridges Garland County and the city of Hot Springs collectively maintain.

Opponents of the proposal have said the two local governments haven’t articulated a plan for how to allocate the $66 million they are projected to receive from the reauthorization, but a data-driven approach the city plans to adopt will apply machine learning algorithms and artificial intelligence to prioritize which roads in the city’s 300-mile network will receive funding.

Roadway Management Technologies licensed its proprietary technology to the city last year. RMT CEO Candler McCollum said the company’s computers and vibration sensors will begin being mounted on city vehicles later this month, providing real-time data the city can use to prioritize road maintenance and automatically generating work orders when sensors detect a road deteriorating at an accelerated rate.

“It’s a passive system,” McCollum said. “The city doesn’t have to go out of its way to collect or generate any of this data.”

He said the technology works similar to a seismograph, which measures and records earthquakes, and can detect problems below the road surface. The longer those issues fester, the costlier they become, McCollum said.

“They’re incredibly sensitive,” he said of the sensors, which record vibrations at roughly 1,000 times per second.

The information can be used to head off a problem before it becomes a bigger, costlier problem.

McCollum said applying the right treatment at the right time can extend the life of a road, but each road is different. Some may respond better to a specific treatment than others. RMT’s pavement performance analytics will help the city determine which treatment is appropriate for each road, he said.

“Any time preventive maintenance is performed on a road, the system will monitor that segment of road to see how that segment is deteriorating as compared to another segment that did not receive the same treatment,” he said. “And it’s understanding what all the characteristics of these roads are that make them respond better or worse to each of these different treatment types. It’s constantly building and educating itself on the perfect formula how to spend every dollar within a network.”

Pavement performance analytics helped inform the 2021 paving list the Hot Springs Board of Directors adopted. Data gleaned from FirstStep Pavement Management’s video-based, 2020 survey were loaded onto a digital map that, in addition to assigning a pavement condition index score to each street, provided GPS coordinates for all of the potholes in the city’s street inventory.

But it was a one-time snapshot of the city’s road inventory. McCollum said RMT’s technology will collect data every time city vehicles equipped with the company’s vibration sensors are on the road.

“The real value in this system is the frequency of data more so than the density,” he said. “It’s about being able to actually keep eyes on every road within a network every single day.”

McCollum said within 90 days of deploying the technology, RMT will know if it’s providing the coverage required by its contract with the city.

“If we see any gaps in coverage or lack of frequency in any area, then we will continue to install on more vehicles until we fulfill our contractual obligation to provide full and frequent coverage,” he said.