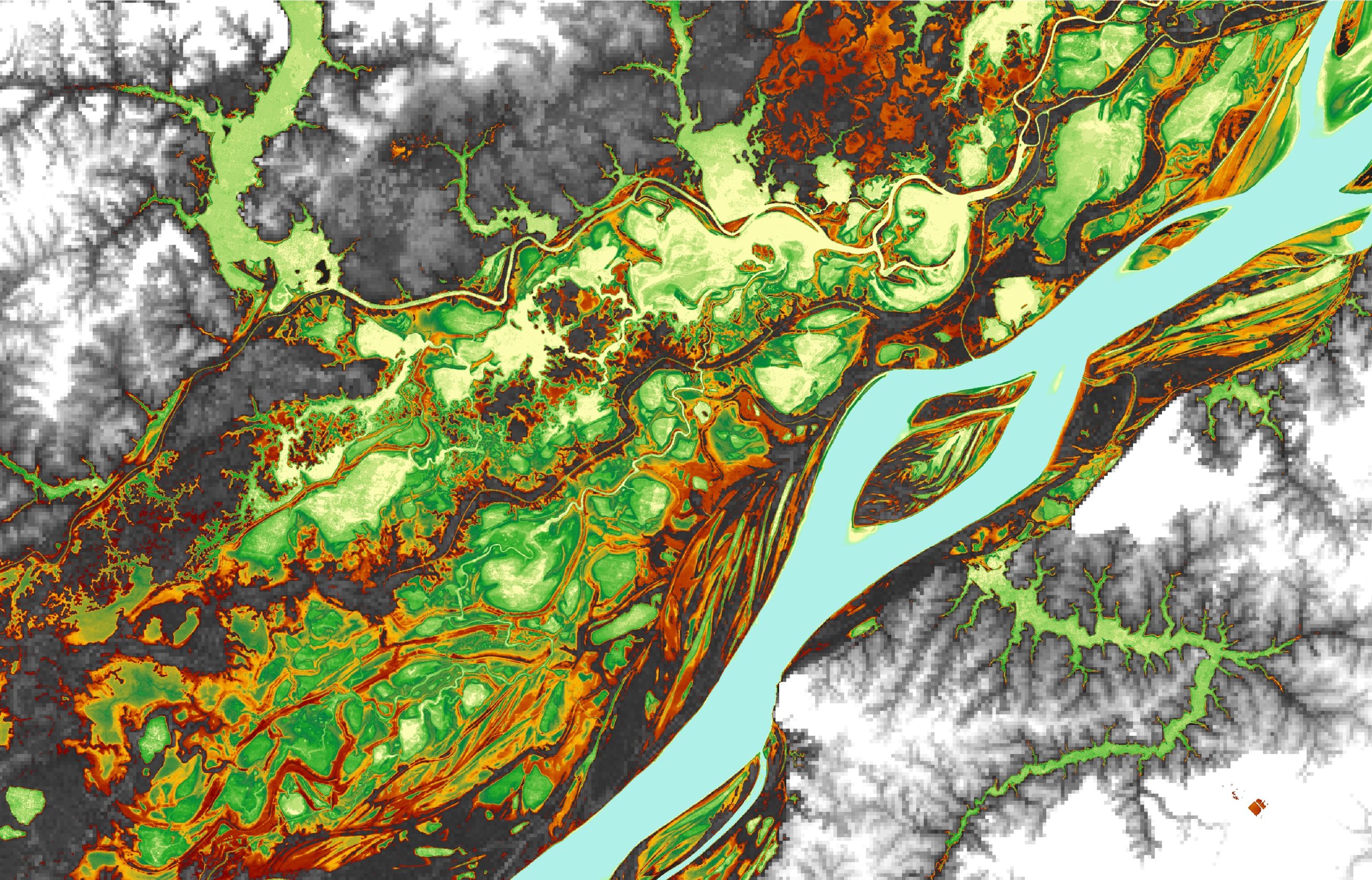 Amazon Water Cycle Observed from Space – Eos
The Amazon Basin is the largest river basin in the world. It covers roughly six million square kilometers, which is about one third of South America. While the sheer scale and difficulty of access makes field observations challenging, remote sensing can provide rich insights. An article recently published in Reviews of Geophysics explores the strengths and limitations of satellite observations of the Amazon basin and makes recommendations for improving these observational systems.

Why is the Amazon so important for hydrologists to study?

The Amazon Basin is notable for its high rates of precipitation, evaporation, and river discharge. The latter represents about 20 percent of the total amount of global fresh water reaching the ocean each year. The Amazon’s hydrology has far-reaching impacts on regional and global climate. For example, the Amazon basin provides moisture to the southern parts of South America. As a large source of heat in the tropics and strong convective processes, it also significantly impacts global atmospheric circulation. Additionally, Amazon surface waters are a major source and sink of carbon dioxide and the largest natural geographic source of methane in the tropics.

What observational tools do scientists use to monitor hydrologic processes in the Amazon basin?

The Amazon basin is a large and remote tropical watershed, mostly covered by dense forest, which makes in situ observations challenging. There are a range of monitoring networks that measure water level and rainfall, as well as flux towers tracking CO2 exchange between the forest and the atmosphere. These networks are essential for scientists to understand hydrological processes but are also limited because of the sheer extent of the basin and the spatio-temporal variability of processes within it. Some phenomena, such as the extent of the flood, are almost impossible to assess in situ.

Remote sensing is a key tool to overcome these limitations because it provides a broader observational viewpoint. Satellite data can be used to estimate a variety of factors including rainfall, evapotranspiration, water level, water surface extent, sediment concentration, topography, and water storage variation over a large area and continuously. Combining both in situ observations with satellite data is a game changer for science.
Read More
eos.org

Geospatial vital for growth of the transport sector