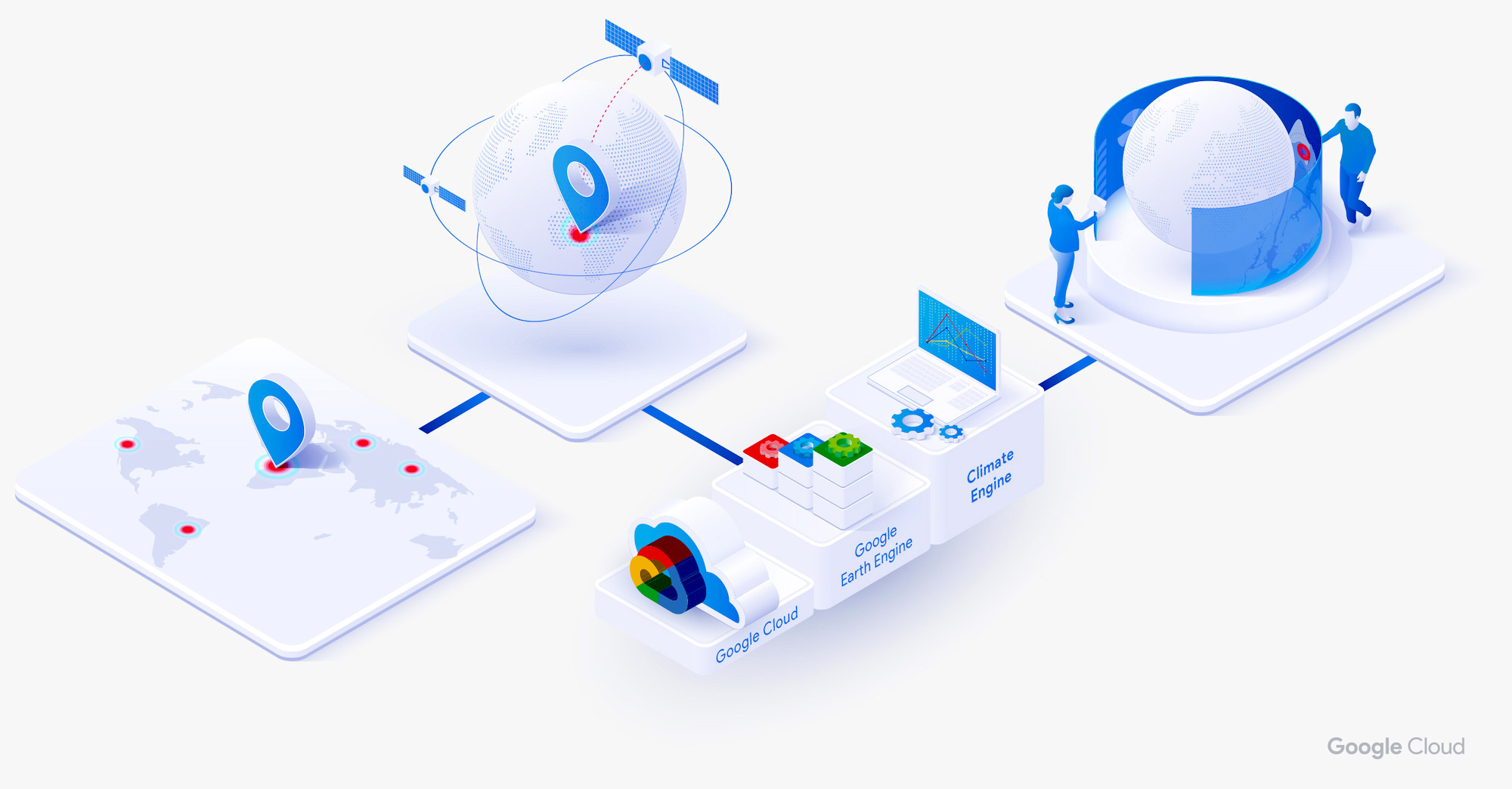 Carson City data science company monitors global weather extremes
Climate Engine helps accelerate and scale the use of Earth data analytics and insights throughout enterprises to help them meet their climate and sustainability mandates, according to the company website.

Though he’s based in the Adams Hub in downtown Carson City, Justin Huntington has eyes all over the world.

Without ever setting foot in a city, he could tell you which park has the best grassy field for kids to play on, or how a small, local farm could improve its irrigation schedule.

After all, he collects climate information for every quarter-acre-sized plot of land across the globe.

Huntington is the chief science officer and founder of Climate Engine, a data science company based in Carson City. Using information from satellites, Huntington and his colleagues can track climate change, sustainability, and landscape resilience.

“For the first time, it’s feasible to process these large amounts of spatial earth observation data,” Huntington said during a phone interview with the Nevada Appeal.

The level of precision that Climate Engine has achieved in parsing big climate data has proved invaluable for monitoring natural resources statewide and nationally. As an example, Huntington said he sometimes sees “opposite signs of drought occur at the same time within the same region.”

It’s possible to have a green landscape fed by spring rain, but a dry riverbed suffering from symptoms of long-term drought, also known as hydrological drought, Huntington said. Together, those factors can be deceptive drought indicators.

And that’s what really sets Climate Engine apart from your local weatherman or the resident who has lived in the valley for 50 odd years. Anyone could tell you that summers are hot and sometimes smoky. Not just anyone can look at a 20-year meadow restoration project along South Lake Tahoe and tell you whether it’s paying off.

Climate Engine has helped organizations like the California Tahoe Conservancy and the U.S. Forest Service do just that, as Huntington explained in an article that he published on Medium. Public sector agencies can track whether the tax dollars they’re spending on landscape restoration and protection have been worth the investment.

But it’s not just the public sector who’s benefiting. Climate Engine is also seeing heightened demand from the private sector, specifically in the financial industry.

“These billion-dollar weather events have had people worried,” said Jamie Herring, Climate Engine’s president. “The big challenge for (our clients) is understanding where their risk is and what they can do about it.”

One of Climate Engine’s recent projects was for a real estate investment trust, according to Huntington and Herring. They analyzed tens of thousands of properties across North America, assessing earthquake, wind, wildfire, agricultural and flood risk.

The results highlight a bittersweet story. In coming decades, “some of these bank assets could potentially be under water or under extreme fire risk … But this is what lenders and borrowers need to know,” Huntington said.

As for individuals in Carson City, Huntington extended this advice, especially with regards to a smoke-covered valley this month and last: “What we are experiencing is not the new normal. It is the new abnormal. These extremes are becoming more extreme because of unprecedented changing climate.”

He added that one thing individuals can do to have an impact is live with sustainability in mind and understand how their diets and lifestyles have an impact on energy and water use.