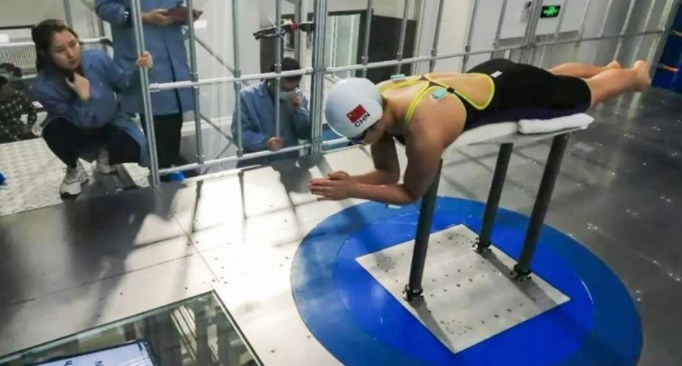 Military-Civil Fusion and Missile Technology: Here’s How Chinese Athletes Boosted Medal Tally at Olympics
China has boosted its performance in the ongoing Tokyo Olympics by making use of ballistic missile technology to train its athletes. Reports say that Beijing used this missile tech to enhance the posture and form of athletes and it is proving to benefit the country as it has secured highest number of gold medals in until now.

Extensive use of sensors and wind tunnels was made to refine technique and cut drag. The missile-related technology was experimented more on Chinese swimmers. The use of this technology is also attributed to China’s Military-Civil Fusion (MCF) technique. Beijing plans to integrate research and development in military and civilian sectors for a broader range of applications with disruptive technologies.

Helped Swimmers Refine Their Technique and Cut Down on Drag

The Global Times, China’s state-run newspaper, reported on Monday that China Aerospace Science and Technology Corporation (CASC) played a very important role in the training of China’s swimming team for the Olympics.

Why we need engineers who study ethics as much as maths