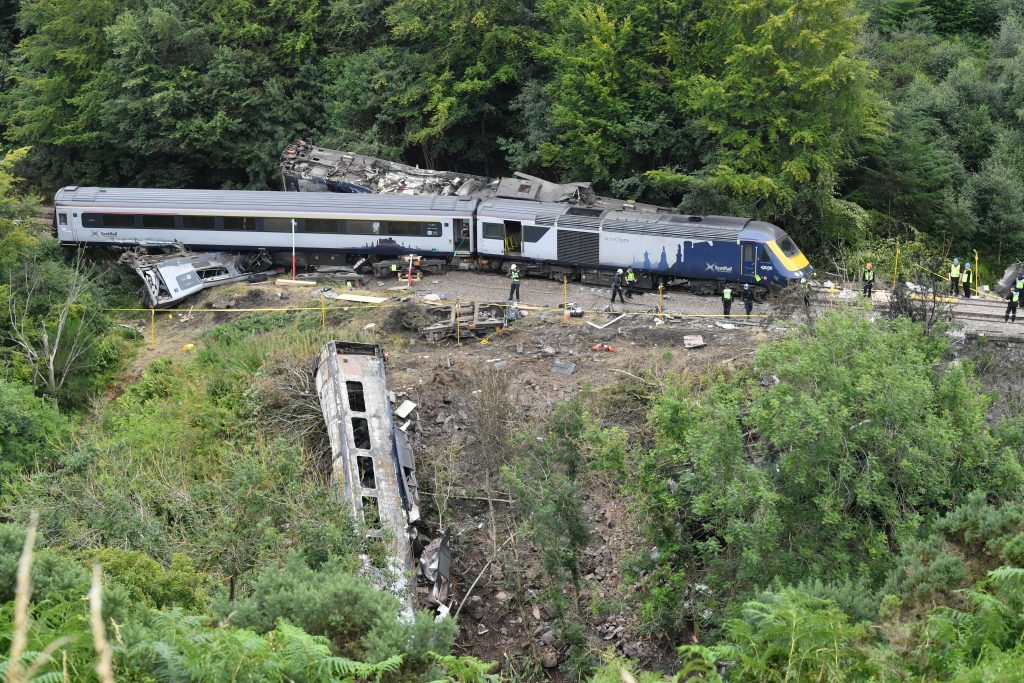 Following the derailment which killed three people, Network Rail commissioned a weather advisory taskforce – led by Slingo – and an earthworks management taskforce – led by Lord Robert Mair – which each considered how the railway can better cope with extreme weather.

She said: “If we are going to get to grips with this challenge we are going to have to have a much better sense about what is going on hydrologically at the level of the railway track.

“Network Rail has traditionally used things such as soil moisture indices which are modelling products or they have used an old system called Morex which gives you something about soil moisture deficit.

“Neither of them are appropriate for understanding the risk here.”

She added: “In my report we actually very much highlighted a new product called Relative Wetness […] which takes the hydrology of soil types [..] and provides operational, timely estimates of the wetness of the soil across the country at the kilometre scale […] and gives a really fantastic map of where the biggest earthworks risks are or risks of potential landslides.”
Read More
www.newcivilengineer.com

The Importance of Predicting Droughts and Flooding with Remote Sensing