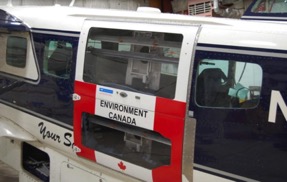 Siqueira, who is co-director of the Microwave Remote Sensing Laboratory, and Russell Tessier, associate dean of ECE, will work with colleagues at the University of Michigan, Boise State University, the U.S. Army Corps of Engineers and San Francisco-based satellite maker Capella Space to develop and demonstrate an airborne microwave imaging radar instrument called the Snow Water-equivalent Wide Swath Interferometer and Scatterometer (SNOWWI).

The ability to quantify characteristics of deposited snow has important societal, economic and climatological implications, Siqueria says, for assessing the state of the cryosphere.

Snowmelt is a vital freshwater resource, supplying about 75% of water to the western U.S. and up to 50% of the world’s fresh water. Knowing the snow-water equivalent (SWE), or the amount of liquid water contained in a snowpack, is critical for accurately forecasting not only future water supplies, but short- and long-term weather and climate events. As global temperatures rise and snow and ice melt more rapidly, it is becoming increasingly important that SWE be determined as accurately and frequently as possible, on a global scale.

SWE is calculated from snow depth and snow density measurements. For more than 70 years the method for measuring snow depth was decidedly old school: essentially hiking to a location and sticking a gauge into the snow. This method gives an accurate snow depth measurement for a localized area but determining the snow’s density is more labor intensive.

“They have to collect the snow, then melt it, measure a volume and figure out how much water was inside that volume,” says Siqueira. “There are methods for doing that remotely using existing satellite sensors, but they’re not considered accurate enough to address the problem.”

SNOWWI will be an airborne system. The instrument will be built to fit into the door of a Twin Otter plane, a more cost-effective and easily transportable solution that the team first demonstrated with a prototype in the winter of 2018-19. Once SNOWWI is built, fundamental experiments will be carried out to characterize snow in Colorado and Idaho, Siqueira says.

The questions that need to be answered are, “Can these kind of measurements achieve the accuracies that are needed? Is there a realistic path to go into space so you can make a global measurement?” Siqueira says.

“People do measurements like these from a satellite already, but those estimates are not good enough,” he says. Because SNOWWI operates at two frequencies, the difference in penetration between the two allows researchers to accurately determine the snow’s density.

Once the airborne system is successfully deployed the data it gathers will provide a base set of measurements that will help inform the design of the next phase of the project, which is to design a satellite-based system. A proposal for that will be submitted to NASA next fall, Siqueira says.
Read More
www.umass.edu