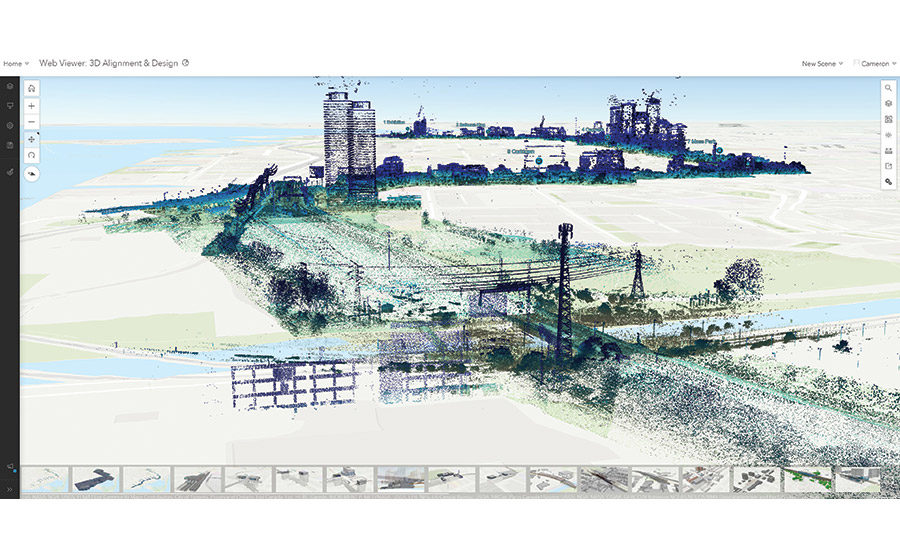 GIS and BIM Take First Major Steps to Integration
Bringing everything from utilities information to site conditions out of a GIS map into a BIM usually requires cumbersome rework. That’s now changing.

Geographic Information Systems and Building Information Modeling have developed side-by-side over a period of more than three decades, with civil engineers, architects and contractors using both types of data to better inform airport, transit, road and even general building projects.

Despite these parallels, the twain have never met over those years of development. GIS captures and creates opportunity for analysis of spatial and geographic information, while BIM, with its related parameters focused on a building’s tolerances and construction phasing, captures the interactions of a building and its infrastructure.

Autodesk and Esri—the company that invented Geomapping in the 1960s and has been the dominant player in GIS technology from its Redlands, Calif., campus—announced a new partnership in 2017 on workflows linking GIS and BIM. At its user conference in June this year, ESRI showed off a new product: ArcGIS GeoBIM. As the dominant GIS vendor, it’s a significant move for Esri to say it has built a web portal for connecting ArcGIS to Autodesk Construction Cloud.

Even though it’s just the beginning of the integration, such GIS-to-BIM workflows could eliminate the wholesale recreation of data from one system to the other that is currently required, a problem that has generated mountains of repetitive work for virtual design and construction departments over the years.

John Tocci, Jr., VDC manager at PCL Construction Services in Los Angeles, ran up against the quirky U.S. survey ft, a standard unit of measurement common among surveyors, when he was starting work on the Consolidated Rent-A-Car facility for Los Angeles International Airport’s Landside Access Modernization Program. All of the survey data on the airport’s land was listed in survey ft, a measurement first adopted by the U.S. in 1866, which specifies that one meter is equal to 39.37 in. and 1,200 m is equal to 3,937 ft. To convert survey ft to meters, Tocci and his team had to divide those two numbers.
Read More
www.enr.com