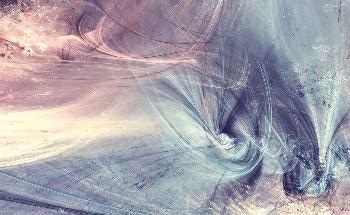 Governments Rally Around Airly Sensors to Tackle Air Pollution
The UK’s second largest city Birmingham and Poland’s capital Warsaw have taken decisive action to address the plight of air pollution by taking the first step to monitor air quality through Airly, the cleantech company who will install their sensors across their cities.
Read More
www.azosensors.com

The UK’s second largest city Birmingham and Poland’s capital Warsaw have taken decisive action to address the plight of air pollution by taking the first step to monitor air quality through Airly, the cleantech company who will install their sensors across their cities. In doing so, Warsaw becomes the city with the most air pollution monitors in Europe.

Birmingham and Warsaw join a host of other cities around the world including such as Hong Kong, Jakarta, Oslo, Granada who are partnering with Airly (and Airly Public, in case of Warsaw) to tackle the problem of air pollution. Airly offers a comprehensive SaaS solution for air quality monitoring and control. Made possible by a proprietary low-cost distributed sensor network which provides hyper-local, real-time air quality data. They offer decision-ready data on air quality. Enabling users to analyse trends and sources, develop targeted initiatives to combat pollution, and track improvements. Supporting users on their journey to eliminate pollution, improve air quality and protect public health.

“Airly is the first step toward pollution-free cities and communities” commented Wiktor Warchałowski CEO of Airly. “These were competitive tenders and we are delighted to serve the municipalities and their communities to help address the world’s biggest killer – air pollution – which is reducing life expectancy by 3 years around the world”.

According to the EEA’s latest estimates, 307,000 people died prematurely due to exposure to fine particulate matter pollution in the EU in 2019. At least 58%, or 178,000, of these deaths could have been avoided if all EU Member States had reached the WHO’s new air quality guideline level of 5 µg / m3. As part of the European Green Deal, the EU Zero Pollution Action Plan sets a target to reduce the number of premature deaths due to exposure to fine particulate matter by more than 55% by 2030, as compared to 2005.

Councillor Waseem Zaffar MBE, Cabinet Member for Transport and Environment at Birmingham City Council has said: “There is clear evidence that air pollution can have long and short-term health implications. Our ambition is to create an environment where people can live and work to their full potential without the threat of this entirely preventable pollution.

“It is a promising next step for us today to be able to launch the Air Pollution Sensors project with Airly as this will help us create further awareness across our communities of how the air pollution situation is progressing. Now it is time for us all to think about changes we can make to create a difference, as individuals and as organisations.”

Wiktor Warchałowski CEO of Airly has added: “We’re incredibly proud to partner with Birmingham City Council to provide them with hyperlocal, real-time air quality sensors for schools. Our comprehensive air quality platform will enable them to make intelligent, data-driven decisions based on the insights gained from our platform. Airly will also provide support to the Council to help reduce emissions, raise awareness and protect public health wherever possible.”

Warsaw, the largest city in Poland, is installing a large network of air quality sensors, making it the European metropolis with the highest density of this device. The Airly monitors installed in the capital and all neighbouring municipalities thanks to a contract with Airly Public will monitor air quality at 165 locations in real time 24 hours a day. The devices will monitor the concentration of the most harmful dust – PM1, PM2.5, PM10 – and gases – NO2 (nitrogen dioxide) and O3 (ozone).