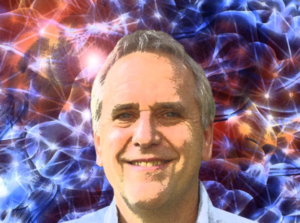 machinelearning-maestro-michael-jordan-on-the-delusions-of-big-data-and-other-huge-engineering-efforts
The overeager adoption of big data is likely to result in catastrophes of analysis comparable to a national epidemic of collapsing bridges. Hardware designers creating chips based on the human brain are engaged in a faith-based undertaking likely to prove a fool’s errand. Despite recent claims to the contrary, we are no further along with computer vision than we were with physics when Isaac Newton sat under his apple tree.

Those may sound like the Luddite ravings of a crackpot who breached security at an IEEE conference. In fact, the opinions belong to IEEE Fellow Michael I. Jordan, Pehong Chen Distinguished Professor at the University of California, Berkeley. Jordan is one of the world’s most respected authorities on machine learning and an astute observer of the field. His CV would require its own massive database, and his standing in the field is such that he was chosen to write the introduction to the 2013 National Research Council report “Frontiers in Massive Data Analysis.” San Francisco writer Lee Gomes interviewed him for IEEE Spectrum on 3 October 2014.
Read More
spectrum.ieee.org