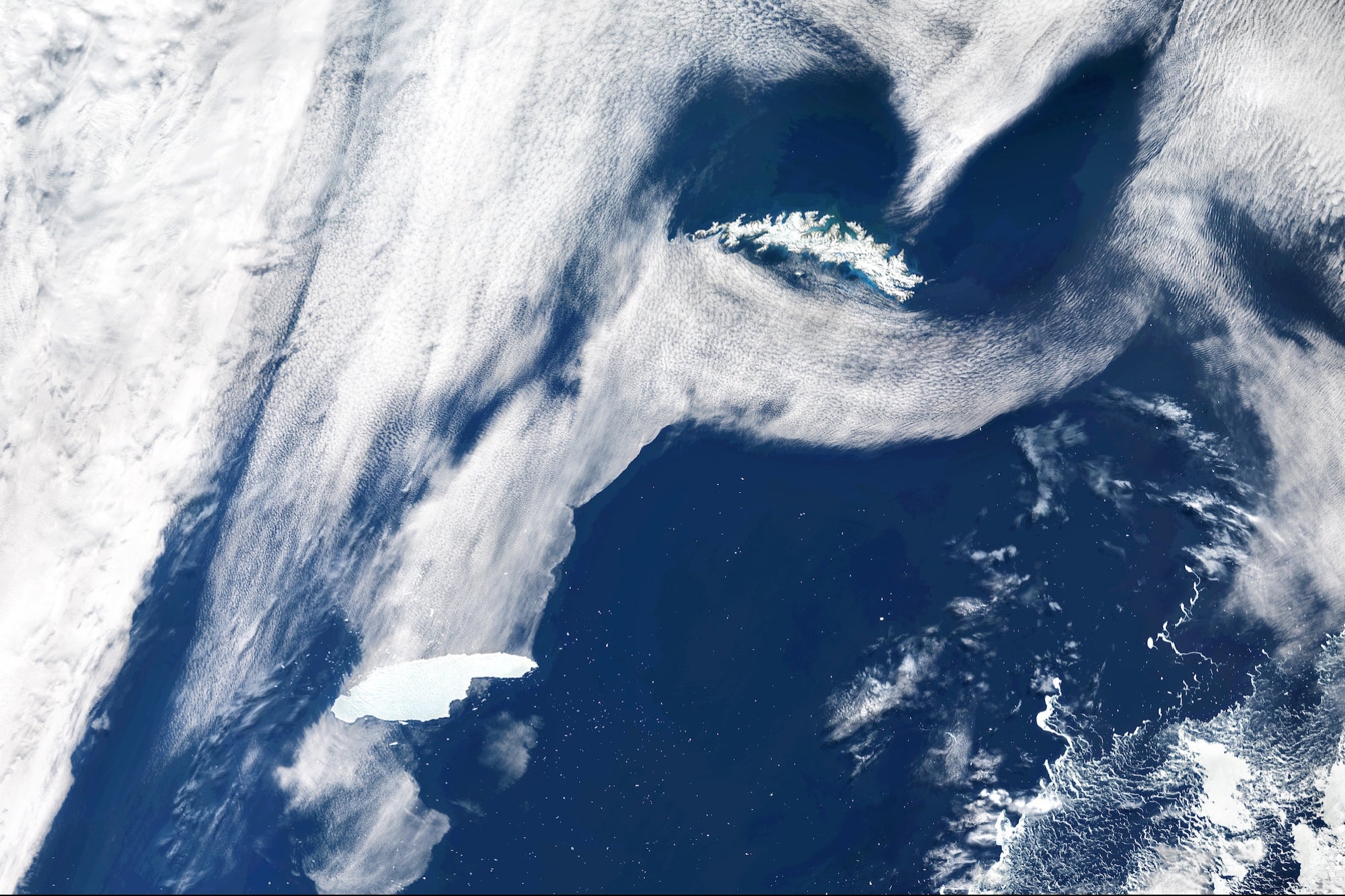 Report: Mega Iceberg Melting Dumps 152 Billion Tons of Water Into Ocean, Could Have ‘Devastating’ Effects on Environment
The A68A iceberg was once the largest iceberg on Earth.
Read More
www.entrepreneur.com

If you’ve ever thought about what happens to the water once an iceberg melts, the answer is nothing good.

This is the case for iceberg A68A, which broke off its shelf in Antarctica in 2017 and traveled as far as South Georgia by the end of 2021.

A new study published in Remote Sensing of Environment named ‘Observing the Disintegration of the A68A Iceberg from Space,’ is shedding light on the potential damaged caused by A68A’s melting.

At its largest, it was the biggest iceberg on Earth, about half the size of the state of Connecticut — but per the latest report, researchers are now saying the the iceberg has shrunken in size to the equivalent of a little bit larger than the state of Rhode Island after losing an estimated 544 cubic kilometers in volume over a three and a half year period.

During the three month period that the iceberg breached South Georgia, it’s been estimated that a whopping 152 billion tons of fresh water were released into the ocean as a result of melting.

Researchers called the influx of water a “disturbance that could have a profound impact on the island’s marine habitat,” though the positive of the massive melting was that the iceberg was not able to damage the sea floor near South Georgia as it had melted too much, only hitting the sea floor briefly.

“This is a huge amount of melt water, and the next thing we want to learn is whether it had a positive or negative impact on the ecosystem around South Georgia“ said Anne Braakmann-Folgmann, researcher at CPOM and lead author of the study. “Because A68A took a common route across the Drake Passage, we hope to learn more about icebergs taking a similar trajectory, and how they influence the polar oceans”.

Researches explained that the ocean ecosystem (including wildlife) will “have certainly felt the impact of the colossal iceberg’s visit” as the cold water that melts off of drifting icebergs “influences the local ocean circulation and fosters biological production.”

It has not yet been determined what exactly these effects on the ecosystem will look like.

“A68 was an absolutely fascinating iceberg to track all the way from its creation to its end,” Laura Gerrish, GIS and mapping specialist at BAS and co-author of the study said. “Frequent measurements allowed us to follow every move and break-up of the berg as it moved slowly northwards through iceberg alley and into the Scotia Sea where it then gained speed and approached the island of South Georgia very closely.“