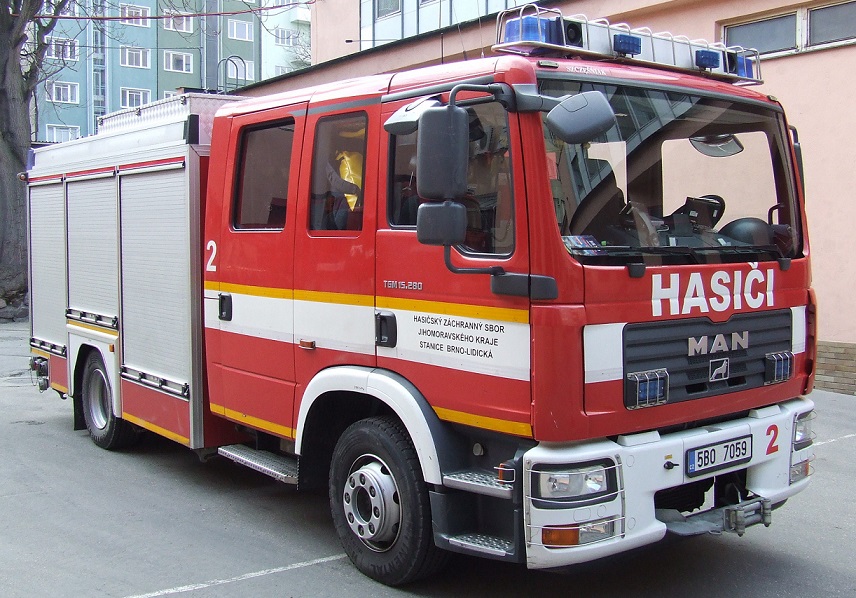 Brno, Oct 28 (BD) – In the “Firefighters of the Year” awards for 2020, South Moravian firefighters won the silver medal in the Project of the Year category in recognition of their ingenious and sophisticated intelligent transport system.

The C-ROADS project, a collaboration between the City of Brno, the Brno Communications company and the South Moravian Regional Fire and Rescue Service, consists of a transmission of signals between drivers and traffic lights. In the event of an emergency, the fire brigade vehicles know which traffic lights are green and are able to cross intersections by warning public transport drivers, thus facilitating the passage of vehicles in an emergency. This intelligent transport system helps them by providing information about the state of traffic around the city.

“The award is a fantastic reward not only for the firefighters, but for all those who participated in the European C-ROADS project,” said the mayor of Brno, Markéta Vaňková. “The Czech Republic is a pioneer of cooperative intelligent transport systems, or C-ITS, in Europe and is unique in that it focuses not only on motorways but also on cities, public passenger transport, IRS vehicles and level crossings. Thanks to the C-ROADS pilot project, Brno has become a leader not only among Czech cities, but among all European cities in this field.”

The system will soon be extended to provide information to civilians as well.
Read More
www.brnodaily.com

London Tube strikes to go ahead