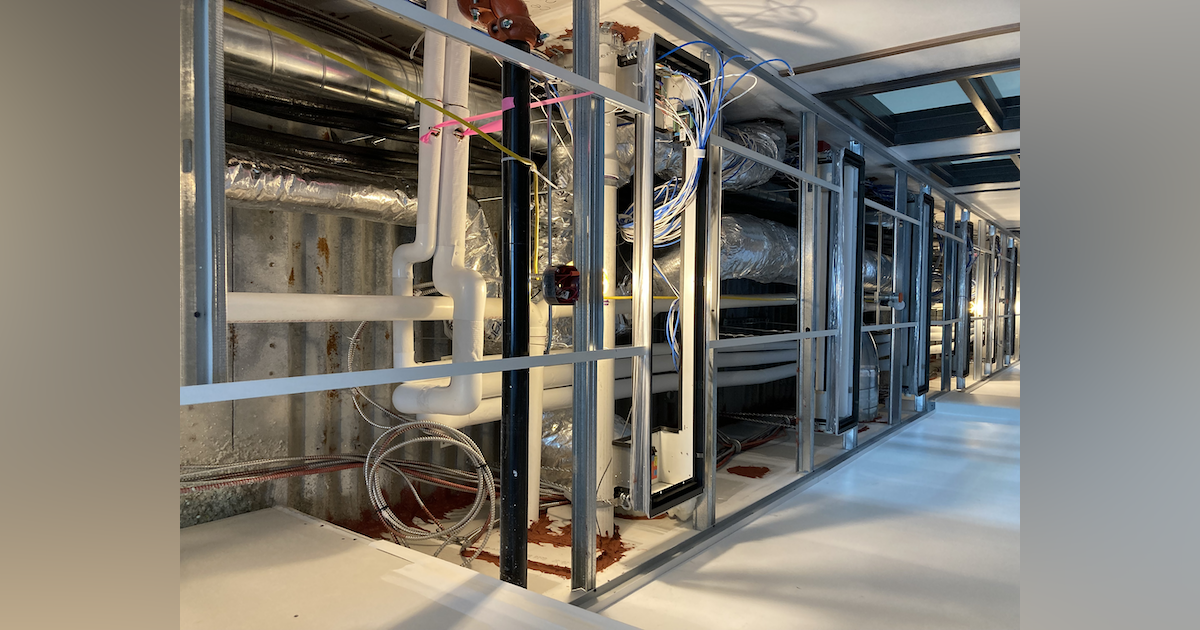 Nexos enables builders, architects, and lighting designers to easily combine luminaires from Igor and Nexos partners with the low-voltage PoE systems and a variety of controls. “We’ve come to think of Nexos like a Lego set,” said Dwight Stewart, Igor cofounder and CEO. “All the components you need come in one box. You know what you’re going to get. But, after the build is complete, you begin to see new things. Imagination takes over and you envision greater possibilities. The incredible ideas that architects, designers, and engineers dream up for Nexos continue to amaze and inspire us.”

LEDs Magazine has covered PoE technology going back several years. Industry stalwart Signify has even teamed up with Cisco to deliver major PoE projects. We have proclaimed PoE to be a major disrupter in the SSL space. We later questioned whether the SSL sector had moved on from PoE. All the while Igor has matriculated the technology with select partners and customers.

The hotel projects provide good examples of what can be accomplished with PoE. The technology provides a baseline energy-efficiency advantage through centralized conversion to DC distribution. At the same time, PoE connects lighting to the centralized IT network for control, monitoring, and more.

In the case of The Sinclair project, PoE simplified rewiring of a 1929 historic building with the low-voltage wiring. PoE delivered 40% savings on utility bills and also enabled automated actions in the individual hotel rooms. For example, PoE technology can enable autonomous shade control, handle actions to a TV in an unoccupied space, and can adjust the thermostat when required. Igor has published a PDF on The Sinclair project.

In the case of Hotel Marcel, PoE was again used in a historic building, the old Pirelli Tire Building near Yale University. The unique architecture includes a two-floor open space that separates upper and lower floors of the building. But the unique design goes much further. The PoE system enabled a convenient approach for connection to a solar system including to extensive DC charging systems for electric vehicles. A Forbes posting waxes somewhat poetically on the design.

Still, it is the page of system design information from Becker + Becker, the architect and developer behind the building, that explains how PoE enabled the historic rehabilitation that ultimately should yield LEED Platinum status. The project uses near 100% PoE-connected SSL throughout the facility (as seen above). The firm said that the PoE system delivers 34 kBTU/ft2 in energy rating, which is 80% better than median for hotels in the United States.

The third project that Igor revealed is in a way completely opposite from the first two. The Alila Marea Beach Resort near San Diego is a completely new design that could have used any technology. It is notable that the two historic-building projects were complete retrofits and not partial-floor projects. And PoE has been known as a technology best used in complete retrofit or new projects.


For the beach-centric project, Igor released a link to a YouTube video from the developers and architects. The video suggests that the flexibility remained key throughout the project. For example, a late decision to place a key switch near the headboard of the bed as opposed to on the wall near the door was easily handled in the PoE scenario. “In addition to having one of the best locations you could possibly ask for, Alila Marea will be one of the most technologically astute hotels,” said Joshua Montana, executive vice president of Paladin Technologies, a system integrator that worked on the PoE project. Montana suggested that guests will enjoy the automated control of lighting levels in the rooms.
Read More
www.ledsmagazine.com